With more breweries per capita than any other U.S. city, Asheville is a paradise for casual drinkers and beer connoisseurs alike.

There’s a reason why Asheville, N.C., has been dubbed “Beer City USA” by visitors and new residents of the eclectic mountain community. With 18 local breweries (plus two national distributors, not counting Oskar Blues in nearby Brevard), there are more breweries per capita than any U.S. city, and more than 100 different brews available at any time.

As you can see below, residents of Asheville are never short of choices when it comes to beer, be it an old favorite or a brand-new brew.

Just remember: pace yourself. With that in mind, here’s a look at some of the sudsy highlights.

South of the city in Fletcher, near Asheville’s airport, is the Eastern headquarters for California-based Sierra Nevada, aka “Beers-ney World.” This sprawling facility offers guided and self-guided brewery tours, historic bottles and photos under glass, plus multiple bars, a souvenir shop, restaurant and outdoor gardens and play areas for kids.

New Belgium, which originated in Colorado, has a bar and picnic area next to the brewery, where families can play outdoor games or relax on the deck. There’s also a gift shop on site. 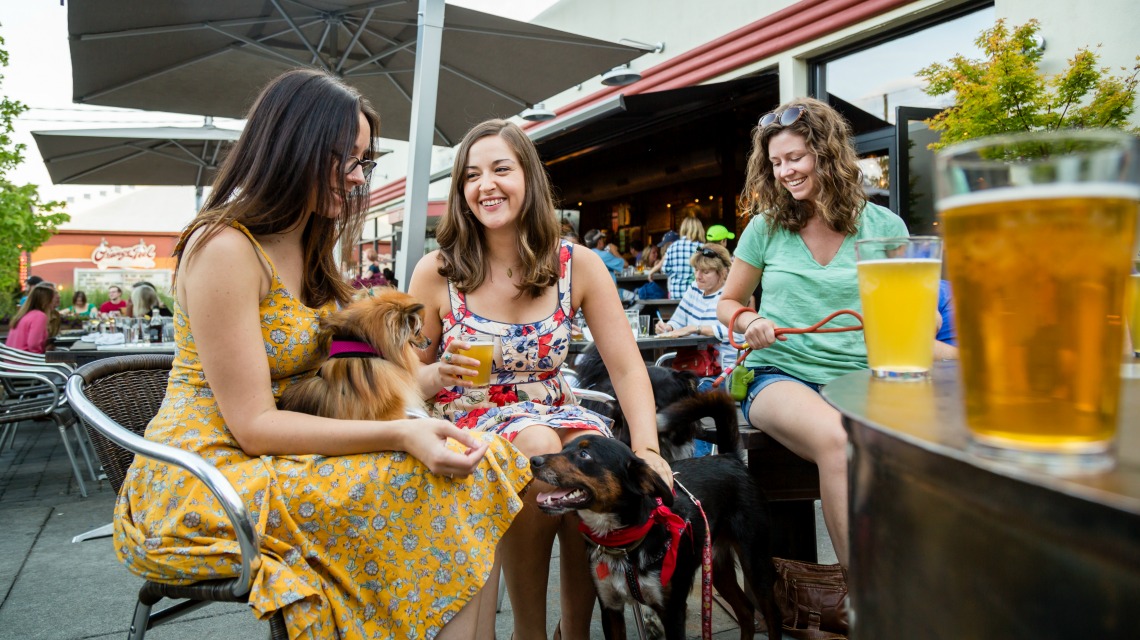 Among the homegrown breweries, Wicked Weed has two downtown sites: the brewery/restaurant and, down the street, its Funkatorium, a dark, quieter tasting area specializing in sour beers.

Across the river from New Belgium is Wedge Brewing Co., which has “junkyard” vibe thanks to rusted metal artwork and a cinder-block motif – and good beer.

Green Man Brewery is the perfect stop for vegetarians, the bar being down a flight of steps from its excellent Laughing Seed restaurant. Green Man, available throughout the Carolinas, is known for its ESB and IPAs.

Burial Brewing, on the other hand, is usually available only locally.

And if you want to check out the “original” Asheville Brewing Co., be aware there are two locations. One downtown on Coxe Ave. and Asheville Pizza and Beer, on Merrimon, which is first and foremost a pizza joint – same good beer, though.

As for the rest, check them out and decide for yourself. So many beers, so little time – and that’s not a bad thing.