Packed within its borders, Georgia runs the gamut of lifestyle and landscape. All within a few hours drive, you’ll find the largest of metropolitan centers and the most isolated of beaches, breathtaking mountain retreats and luxurious lakeside living, charming small towns and golf’s most hallowed ground. 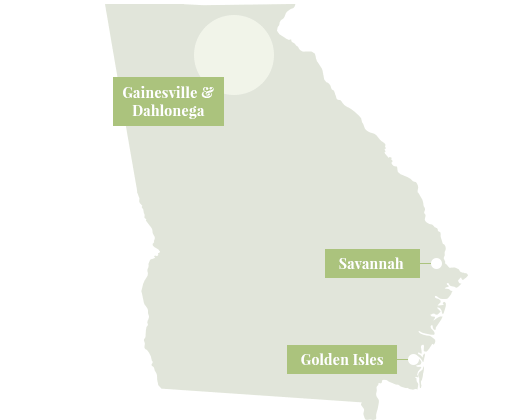